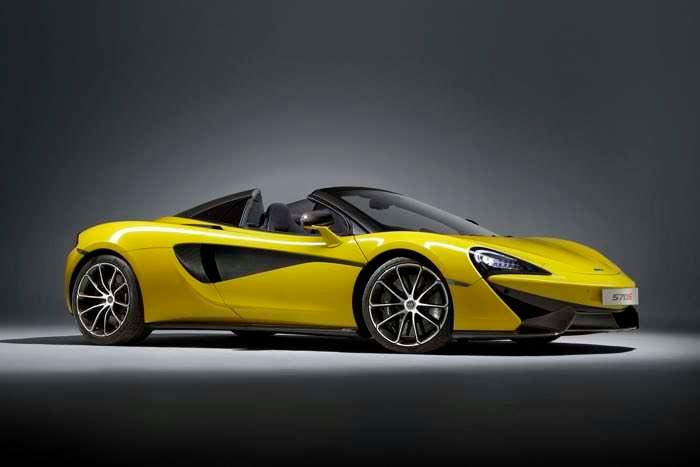 The new McLaren 570S Spider has officially been unveiled, the car will make its debut at the Goodwood Festival of Speed on the 29th of June and it will go on sale in August.

Prices for the McLaren 570S Spider start at £164,750 and the vehicle is available to order as of now, it comes with a 38 litre twin turbo V8 that produces 562 horsepower. 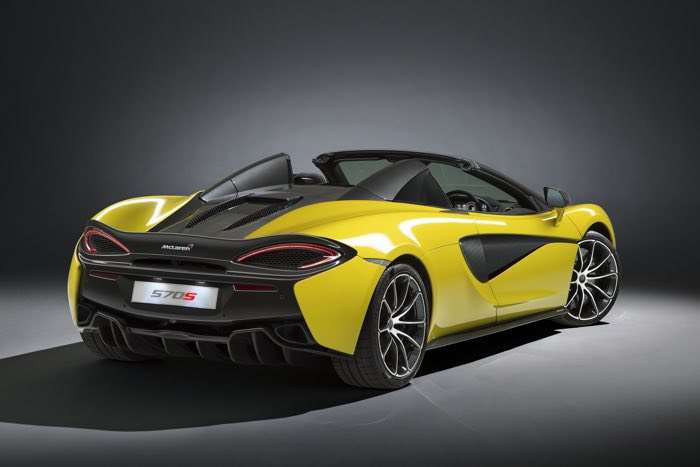 “The McLaren 570S Spider is the most attainable McLaren Spider to date and adds yet another dimension to the McLaren Sports Series family.  This is a convertible without compromise; its mid-engined layout and carbon fibre MonoCell II chassis guarantee the same thrilling dynamic performance and exceptional driver involvement enjoyed in a 570S Coupé, but with the added attraction of a retractable hard-top that delivers the extra exhilaration of roof-down motoring.” Mike Flewitt, Chief Executive Officer, McLaren Automotive.