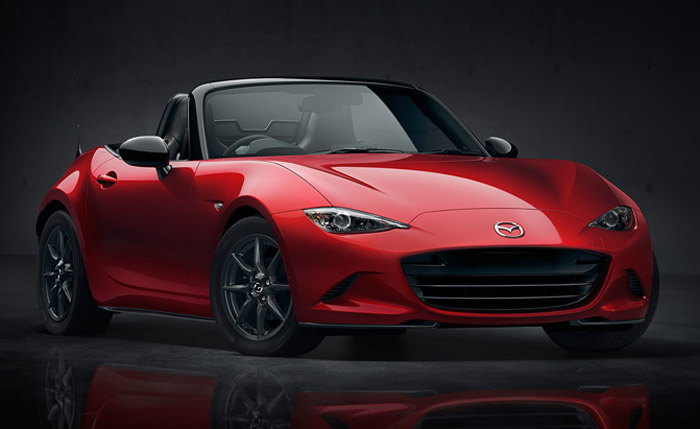 The Mazda MX-5 is designed from the ground up to be a lightweight, nimble sports car that focuses more on handling than raw power. That doesn’t mean the little sports car doesn’t find its way to the racetrack, the Miata/MX-5 is the most raced car in the world according to Mazda with racing series dedicated to the car alone.

The 2016 MX-5 is completely new from the ground up and Mazda has finally offered up the important power numbers for the car. The 2.0L SkyActiv 4-cylinder engine under the hood of the 2016 MX-5 will produce 155hp and 148 lb-ft of torque. In some parts of the world a smaller engine will be offered with a 1.5L 5-cylinder with 129hp and 110 lb-ft of torque.

One key fact we still don’t know about the 2016 MX-5 is exactly how much it will weigh. Word is that the new car is about 220 pounds lighter than the old car and the old car was already a featherweight. One bit of bad news is that the new engine produces less power than the engine in the current car. However, the reduced weight should mean better performance.