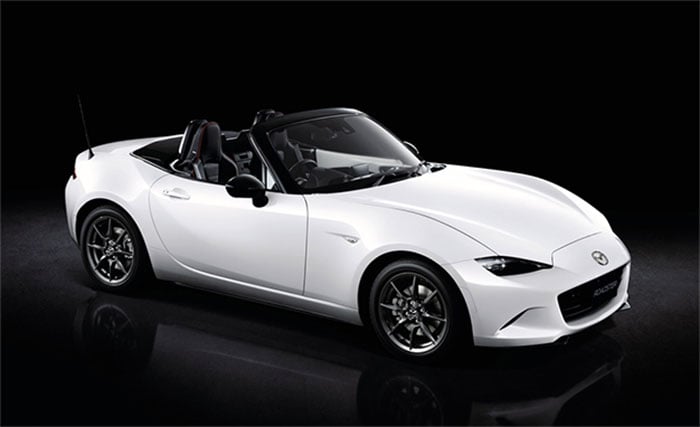 Mazda has announced the 2016 MX-5 RS and it’s a slick little car with some go fast parts on it that will be offered to Japanese buyers only. The RS has one big downside from the perspective of power, it will only be offered with the small 1.5L 129hp engine under the hood. In the US, all MX-5s get the 2.0L 155hp engine. I’m not sure why the larger engine wasn’t used in a car clearly aimed at the enthusiast.

Smaller engine aside, the RS has some cool features such as upgraded brakes. These upgraded brakes don’t appear to be the Brembo brakes that are available on US spec MX-5s. The RS gets special wheels, tires, a strut tower brace, and only comes in Pearl Mica white color. RS buyers also get Bilstein dampers from the US Club Sport version and an induction sound enhancer.

That latter part is likely a tube that pipes induction sound into the car. The coolest feature of the RS are leather and fake suede covered Recaro sport seats. Those Recaro seats aren’t offered in any US spec version of the MX-5. I’d love to see that feature come to the US, the MX-5 is destined for track time and could very much use better seats. Japanese pricing on the RS equates to $26,900 US. 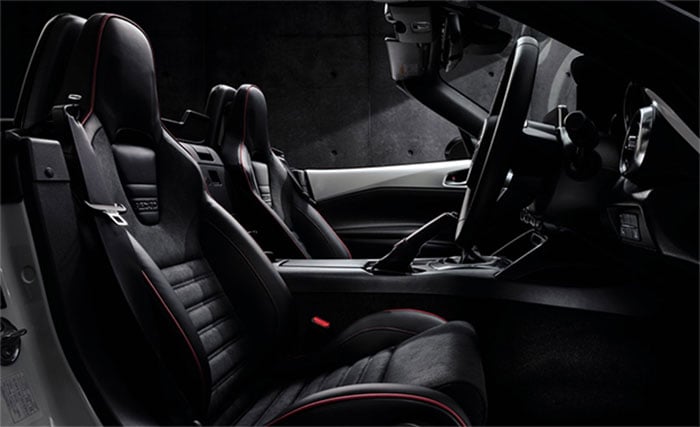