A huge free Tree of Life map including 3,000 species is available to download and print  for non-commercial educational purposes. The recommended printing width is 54″ so if you have a super wide format printer your in luck. Or you could paste together enough A4 pages to form this impressive species map created by the  Hillis/Bull lab at the University of Texas at Austin. 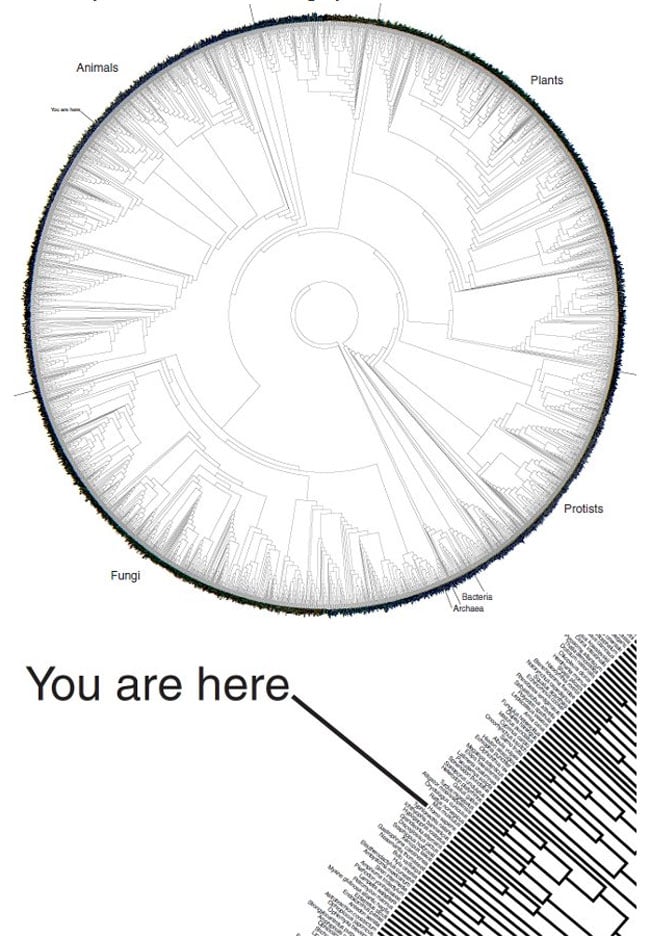 This tree is from an analysis of small subunit rRNA sequences sampled from about 3,000 species from throughout the Tree of Life. The species were chosen based on their availability, but we attempted to include most of the major groups, sampled very roughly in proportion to the number of known species in each group (although many groups remain over- or under-represented).