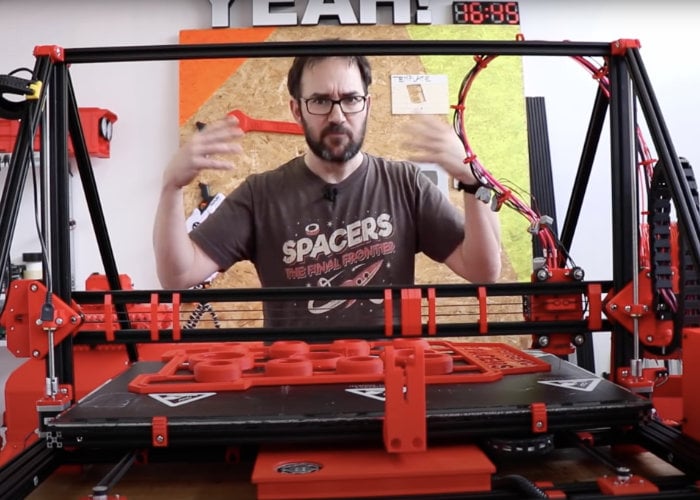 “After printing around 2000 hours working on a secret project I’ve found a few things wrong with the previous design and I decided to do another iteration to improve the design. Amongst the things I wanted to improve: Reliability of the bed moving mechanism, wheels on the sides would work great for a small bed but this one was way too big an heavy so I switched to top rolling wheels.

Weight of the bed: The bed was too heavy so I designed a new bed levelling system based on eccentric nuts that removes the need for a second platform because this one levels straight on the wheels. Pretty happy with this one. I already saved 1.8 Kg but I may go from 5 mm mirror to 3 mm mirror just to see if it holds up and I can shed a bit more weight (probably another 1.5Kg. I may add two extra motors on the Y axis just to divide the power transfer to 4 belts instead of 2 reducing even more the effect of the belts stretching.

Rigidity of the carriage/nozzle assembly: The X axis beam was too flimsy and not very resistant to torsion, I added a second beam and now is as rigid as I need. Rigidity of the printer base: The base was too flimsy and was as flat as the surface it was sitting on, now with the two extra beams in the bottom and the braces to the top part is way more rigid and also even if the printer twists the bed will twist with it keeping the bed level.”