Razer has unleashed a new range of Mass Effect gaming peripherals, in preparation for the launch of the new Mass Effect 3 game in a few weeks on March 6th for Xbox 360, PS3 and PC. 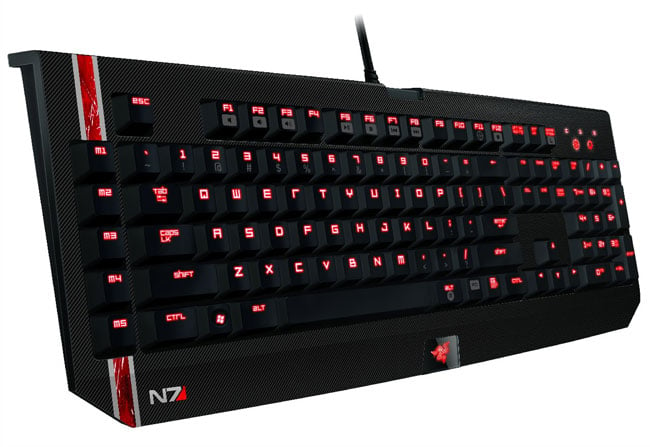 Each piece of kit comes with a code for a “Collector Assault Rifle” and “multiplayer content packs,”. But the contents of those content packs are still a mystery at the moment. The range also includes a Mass Effect 3 bag and iPhone 4/4s case with matching theme and emblasoned with Mass Effect iconic N7 design. Robert ‘RazerGuy’ Krakoff, President, Razer USA explains:

“BioWare is pulling out all of the stops for Mass Effect 3 to ensure it’s the best and boldest game in the series,” – “With our official line of peripherals and gear for Mass Effect 3, we’re giving fans the best gaming weaponry and hardware to meet the challenge head on – and come out victorious.”