Today BioWare has opened their new Mass Effect 3 website, which brings fans a wealth of information about the new games together with a video library and details of the new Mass Effect 3 demo that will be arriving next week on February 14th.

Check out video after the jump showing, gameplay, how to customise your weapons together with more information about the interactive storytelling you can expect from the new Mass Effect 3 game when it launches on March 6th on PS3, Xbox 360 and PC. 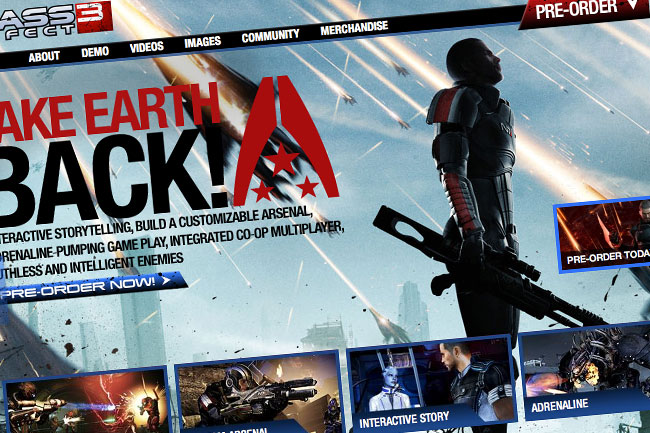 Bioware explains a little more about what you can expect in the demo when it arrives:

“The demo begins in dramatic fashion with the spectacular opening attack on Earth, after which you’re thrust headlong into a mid-game section showcasing the groundbreaking interactive storytelling, adrenaline-pumping action, ruthless and intelligent enemies, and deep customization that make Mass Effect 3 the must-have title of 2012.

Once you’ve finished the single-player section, jump into four player co-op missions with your friends – battle the enemies of Earth in two maps from the full game and earn a wide variety of perks and upgrades for your characters.”