Bioware has released a nine minute video clip allowing Mass Effect 3 fans to enjoy a short clip of the anime prequel movie which has been created via a collaboration between Bioware and Production I.G who have also created the Innocence, Kill Bill: Vol.1 animation and more. 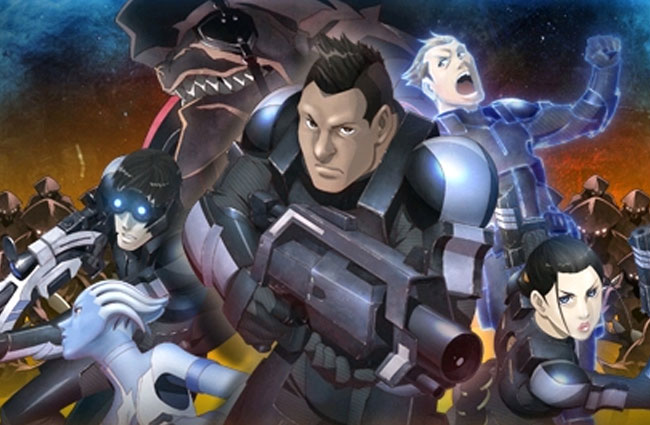 “Mass Effect: Paragon Lost is the prequel to the highly-anticipated Mass Effect 3 and follows the early career of Alliance Marine, James Vega (Freddie Prinze, Jr.). Vega leads an elite Special Forces squad into battle against a mysterious alien threat known as The Collectors.

Stationed at a colony in a remote star system, Vega and his soldiers must protect the civilians from a ruthless invasion determined to capture the population for unknown purposes. Learn more about the Mass Effect universe with an unprecedented glimpse into the haunted past of Mass Effect’s newest hero!”