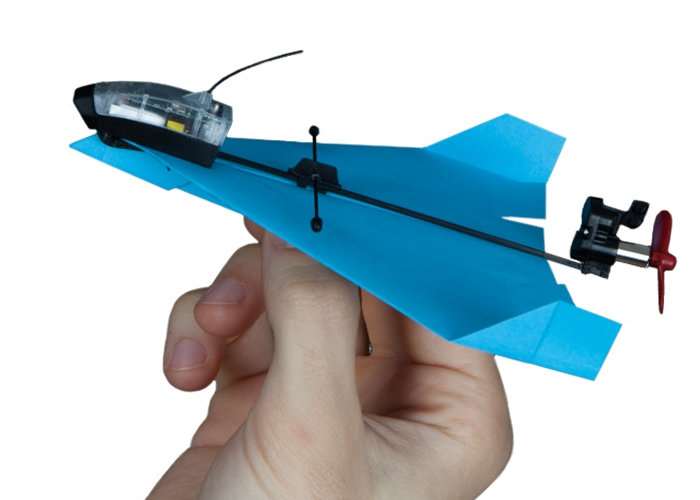 Building on previous versions of the DART paper airplane which is flown using a smartphone and companion application, creator Shai Goitein based in Israel has launched his third Kickstarter campaign for the PopwerUp DART capable of completing in-flight tricks.

Watch the demonstration video below to learn how the small paper plane can perform barrel rolls, loops and flips with ease using the power of your smartphone and Bluetooth connectivity.

POWERUP DART is a conversion kit for paper planes that makes them awesome. Fold a small paper plane, attach the DART, and fly around your backyard, office or park with impressive accuracy. Do cool tricks with an awesome paper plane jet you fold yourself.

We added a crossbar and improved paper airplane templates to make the DART.  The crossbar enables the DART to sustain high G Force during tight maneuvers. Plus, you can adjust the plane’s stability by moving the bar up and down the spine.

We’re getting started with production already in early October and will be shipping by mid November to ensure delivery by Christmas and we’ll do our best to deliver on time. We’re confident, and you can be too, given our stellar delivery record.

Jump over to the official campaign page via the link below for more details and all available Kickstarter pledges.