Fancy keeping fit whilst playing Mario Kart? If you do then you might be interested in this unique mod which uses an exercise bike and connects it directly to Mario Kart on a Super Nintendo gaming console (SNES).

The fitness mod has been developed by Canadian modder Brent Smith, who has used a Arduino board, together with a fewsensors/switches and some transistors, to convert the controls from the SNES controller on to the exercise bike, which can now be plugged straight into the SNES. Watch the video after the jump to see it in action. 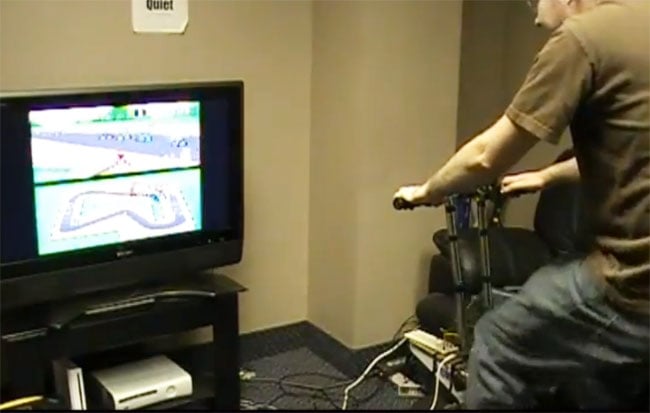 Peddling provides the power and acceleration for your Mario Kart, the faster you pedal the faster your Kart will travel. Other controls such as firing and direction are controlled by buttons on the fitness bikes handle bars. “This is a lot harder than it looks, I have another video I’ll upload soon which better describes the bike controller.” Smith says.

For more information on the SNES Mario Kart exercise bike mod jump over to Brent’s website for more details.