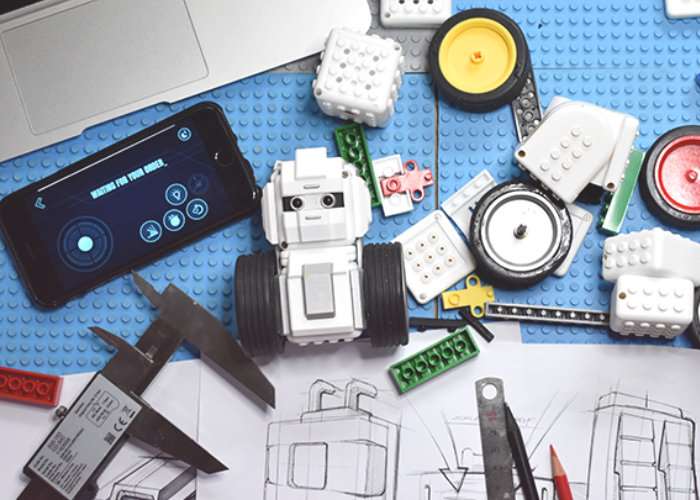 A new modular robot kit has been created by the developers at Goldrabbit which has been specifically designed to provide a multipurpose modular robot construction kit that is both easy-to-use and provides a way to learn coding and robotics using sensors, and companion smartphone application and augmented reality game.

Watch the demonstration video below to learn more about the Maunzi robot which is available in a number of different starter kits and available to backfire Kickstarter with pledges starting from just €77 and delivery expected to take place during February 2018.

Our robot uses the combination method of Lego building blocks, but it is an entirely new type of robot. (It provides a user-friendly combined UI). Experience the new design that only the Maunzi robot has. And you can transform it to a limitless form by putting in a tinge of your imaginations.

We can make up for the shortcomings of the Lego building blocks that we are already all aware of. As you may all know, once the Legos are assembled, we no longer want to reassemble it anymore. It is because it only requires us to simply assemble many blocks, which causes there to be a lot of Lego blocks in the house that has not been used before. Lego building blocks that I no longer want to use but are too good to throw away! You can now have fun reusing them. Make good use of our Maunzi Robot Kit.

For more information jump over to the official Kickstarter campaign page via the link below.