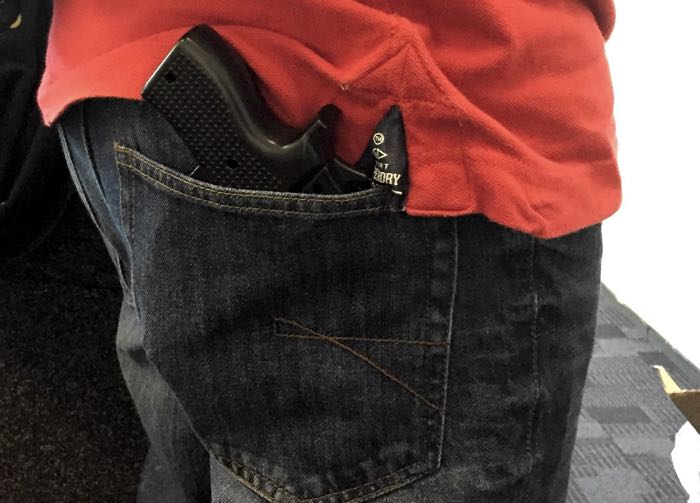 Remember those gun iPhone cases that were released a while back, well one person thought it was a good idea to put one of these cases on his iPhone and head to Stanstead Airport in the UK.

The Police at the airport were less than impressed and the man was arrested and will not face charges, the news was posted on Twitter by the Essex Police.

This is what was in the back pocket … An #iPhone case. Someone decided to put themselves in such a situation today pic.twitter.com/Lu66Et1bdg

The person will now face charges for using this iPhone case shaped like a gun, the charges could involve using an imitation firearm.

@SCJonHughes We would go with Sec 5 Public Order and possibly Sec 19 Possession of Imitation Firearm in a Public Place.