Below you see it encasing a Nokia C7, which is Trevor Prideaux’ phone of choice. In fact, this whole news item and sort-of advertising drive on the part of a few companies (no names!) has an anti-Apple slant to it. But before speculation take hold of us, here are the facts. 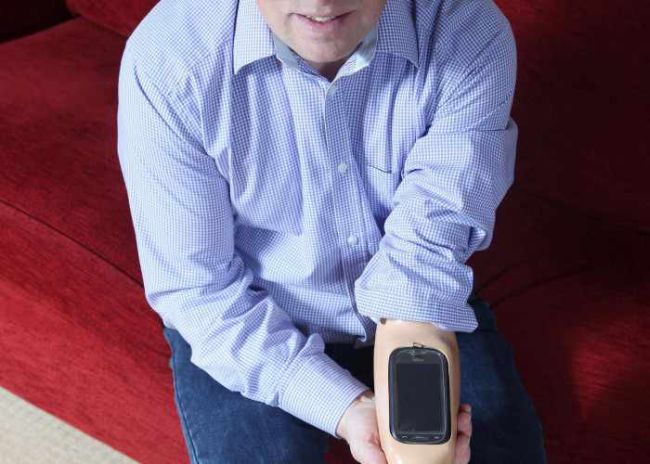 Trevor Prideaux was born without an arm. Fortunately he still managed to live a normal life despite and a local company called the Exeter Mobility Centre built the prostheses he’s used for years. Things got tricky with the advent of mobile phones, however, especially when touchscreens became the norm.

After testing an iPhone and suggesting a modified version to fit his mobility issue, Trevor Prideaux had the privilege of Apple saying ‘no’ to him. At least that’s how the story goes.

What happens next is Exeter Mobility Centre and Nokia team up to help him after Trevor goes out of his way to make an ambitious request: would they please incorporate a smartphone into his prosthetic arm?

The solution of the Exeter guys was to build a new hook arm with a horizontal dock for a smartphone—a Nokia C7 in particular. Since then, Trevor Prideaux’ story has been going the rounds. At least he’s got a cool new arm.