Any 3D printing specialists whether they are a hobbyist or professional might be interested to know that the MakerBot Digitizer desktop 3D scanner, which launched back in August of last year for $1,400, has now dropped in price to a special offer of just $799. 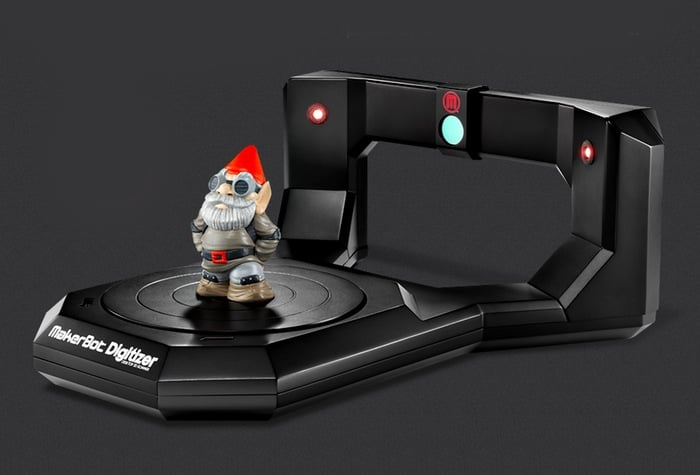 Makerbot have created the Digitizer desktop 3D scanner to output standard 3D file formats so that you can improve, shape, mold, twist, animate, and transform objects in your favourite third-party 3D modelling program.

”With just two clicks, the MakerBot Digitizer Desktop 3D Scanner’s easy to use, yet sophisticated software creates clean, watertight 3D models that are ready to 3D print. We’ve optimized the whole process to work seamlessly with MakerBot Replicator Desktop 3D Printers, but you get standard design files to use on the 3D printer of your choice. You don’t need any design or 3D modeling skills to get started, and it all happens in just minutes.”

For more information on the MakerBot Digitizer desktop 3D scanner jump over to the MakerBot website for details.