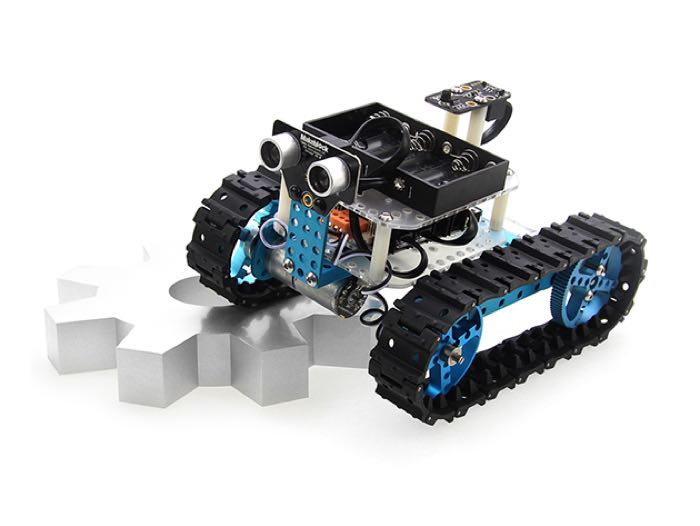 Arduino fans will love the Makeblock Arduino starter robot kit that we have in the Geeky Gadgets Deals store.

The kit comes with everything you need to build a cool Ardunio robot, from a robot tank to a three wheeled robot car, have a look at the video below.

Who said mastering electronics and programming can’t be fun? This kit will teach you about programming a microcontroller board to control physical objects using sensors. Follow the detailed, beginner-friendly instructions to construct your choice of a robot tank or three-wheeled robot car. Then take the skills absorbed in this project and apply them to anything you think up—from a game console to a home alarm system. 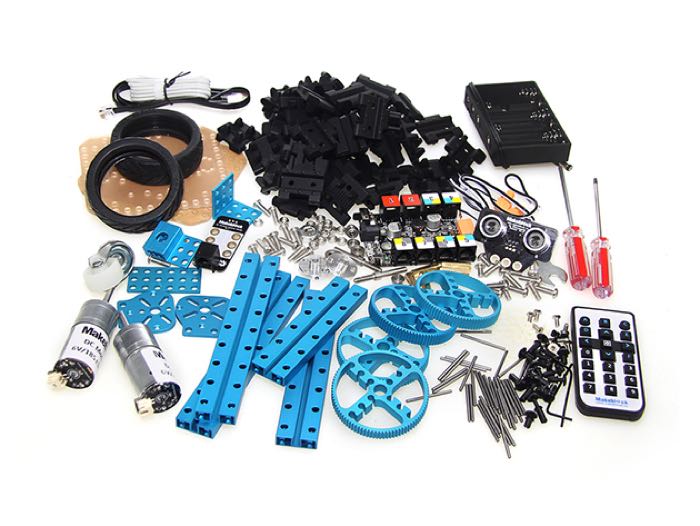 You can now get the Makeblock Arduino starter robot kit for $79.99 and save 46% off the normal retail price of $150 with Geeky Gadgets Deals. If you found this project interesting why not build your very own Arduino wind speed meter or anemometer to record the wind speed in your area.