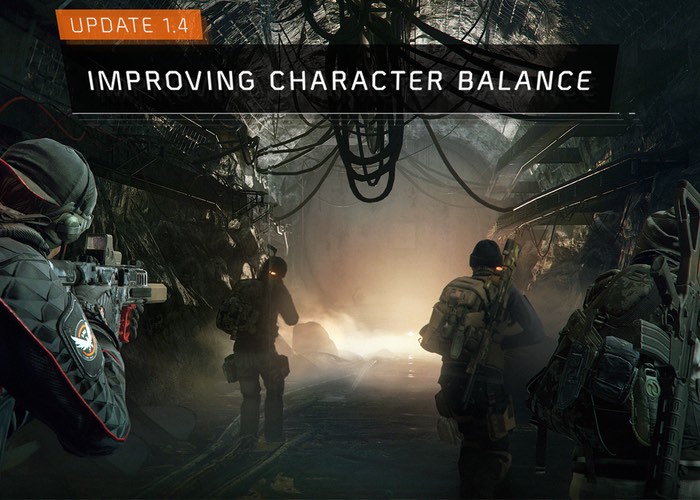 Ubisoft as this week announced major changes that will be coming in the next 1.4 update which will bring with it new character bouncing changes which are sure to change the game in fairly drastic ways.

The latest 1.4 update is still under development and details released this week are not final and are subject to change says Ubisoft. If you are interested in viewing the changes ahead of their worldwide rollout Ubisoft will be making Public Test server is available next week for PC gamers to check them out.

Ubisoft explains a little more about what you can expect from the changes that might be coming to The Division game in update 1.4 :

As mentioned in the last developement blog and the State of the Game livestream where we introduced World Tiers, one issue facing The Division today is that the power difference between optimized and non-optimized builds is too great. We still want people to optimize their gear and min-max to their heart’s content, but in order to balance the game, we need to reduce the gap between the two extremes. As part of Update 1.4 we also want to bring back the shooter feeling, add more decision making and hard choices when building your character and add more variety to the viable builds. In this development update, we’ll take a look at the main changes we’re making to ensure those things.

Every level you gained between level 1-30 increased your three main stats – Firearms, Stamina and Electronics – organically, so in order to make your journey through the new endgame World Tiers work we need to simulate the same leveling up experience at endgame. One of the main changes to the current gear is that after Update 1.4 every piece of equipment dropped in World Tier 2 and higher will have all three stats on them. While one stat will always be much higher than the other two, and you can recalibrate as before, the inclusion of all three on every item creates a balanced baseline which means that your survivability will generally be higher and you no longer risk accidentally making the game much more difficult than it has to be. These base stats will increase with each increase in gear score.

For a full list of all the changes you can expect jump over to the Ubisoft website for full details and rundown of everything that Ubisoft is considering adding or changing to The Division game.