After a successful Kickstarter project which closed raising more than $54,000 for the Mail Pilot developers, they have now launched their new Mail Pilot iOS application.

The Mail Pilot iOS App has been designed to turning your email mountains into a task-oriented to-do list, for more control and organisation. Watch the video after the jump to learn more about the Mail Pilot project and see it in action. 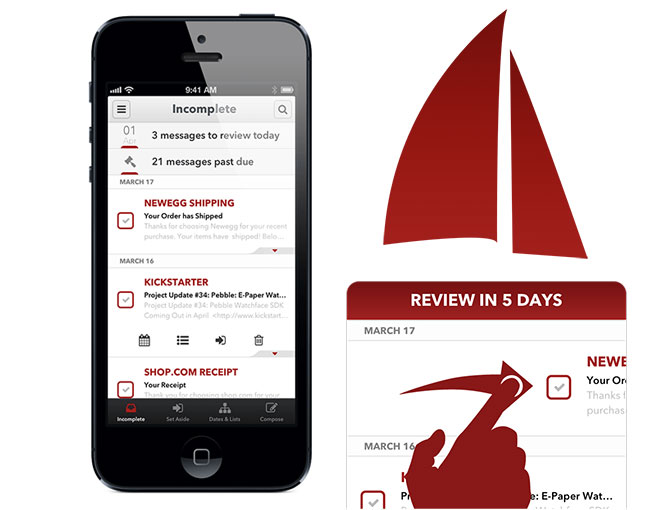 For a one-time purchase for the Mail Pilot app communicates directly with your own mail servers, without the need to route through a second destination, as it was first planned. making the system more streamlined and easier to manage for all. Mail Pilot’s developers explain:

“Dropping the subscription was conversation that we had had at least once every month since even before we went on to Kickstarter, because we didn’t know whether people would be willing to pay that, and we didn’t think they would be,” -“But it was necessary for the server costs and for implementing some of the more advanced features.”

“All new messages arrive as incomplete and remain that way even after you’ve read them. Mark a message as complete only after you finish any further action associated with that email. Completed messages are archived to decrease Inbox clutter, but can still be accessed by browsing or searching.”