Magrunner: Dark Pulse is an new “action/reflexion game” developed by 3AM Games (Frogwares) for the PlayStation Network, Xbox LIVE and PC. 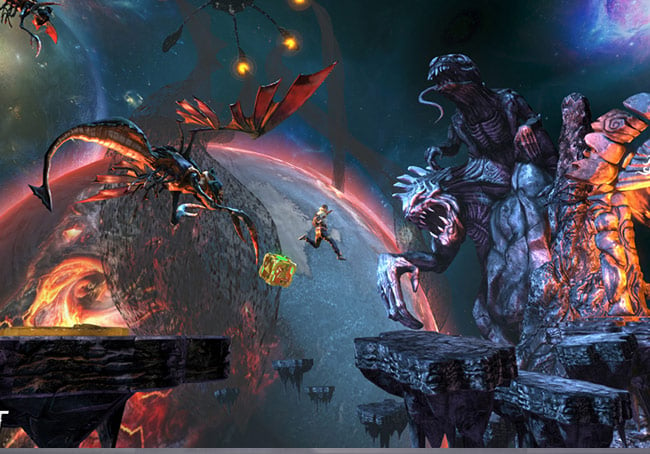 “Magrunner takes place in the near future, 2048, where a handful of young and brilliant citizens have been chosen by Gruckezber Corporation to join the Magtech training program for space exploration.

Equipped with a special glove using Gruckezber’s technology, the candidates have to solve their way through a huge maze of challenge rooms, by magnetically charging objects that will attract or repel each other. But what seemed to be the chance of a lifetime for the candidates will soon turn into a nightmare, as they will have to survive a high-tech world gone mad.”