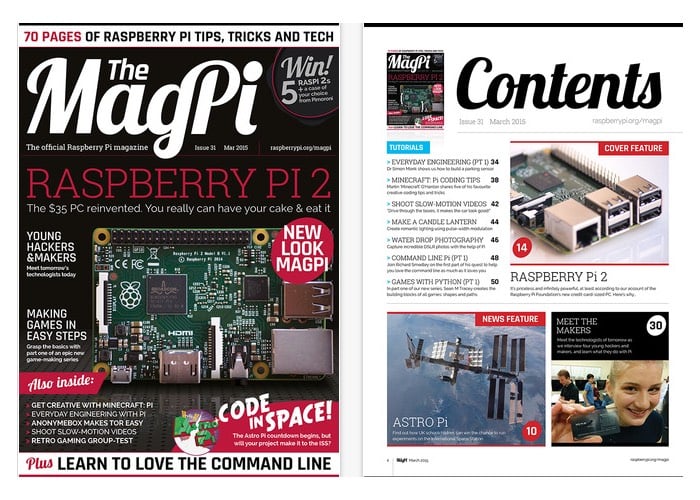 The new now official Raspberry Pi magazine in the form of MagPi is now available to subscribe to via Apple’s iOS Newsstand application. Enabling you to keep up with the latest news and projects directly from your iOS mobile device.

“Last month the MagPi magazine was officially taken on by the Raspberry Foundations after being originally started by a core of volunteers, with no input from the Foundation, for the last three years. The Foundation explains :

We had a series of discussions, which have resulted in the relaunch of the MagPi you see today. Over the last few months we’ve been working on moving the magazine in-house here at the Foundation. There’s a lot that’s not changing: The MagPi is still your community magazine; it’s still (and always) going to be available as a free PDF download it’s still going to be full of content written by you, the community.

We don’t make any money out of doing this. Even if in the future we make physical copies available in shops, we don’t expect to break even on the magazine; but we think that offline resources like this are incredibly important for the community and aid learning, so we’re very happy to be investing in it.

Russell Barnes, who has ten years of experience editing technology magazines, has joined us as Managing Editor, and is heading up the magazine. He’s done an incredible job over the last couple of months, and I’m loving working with him.”