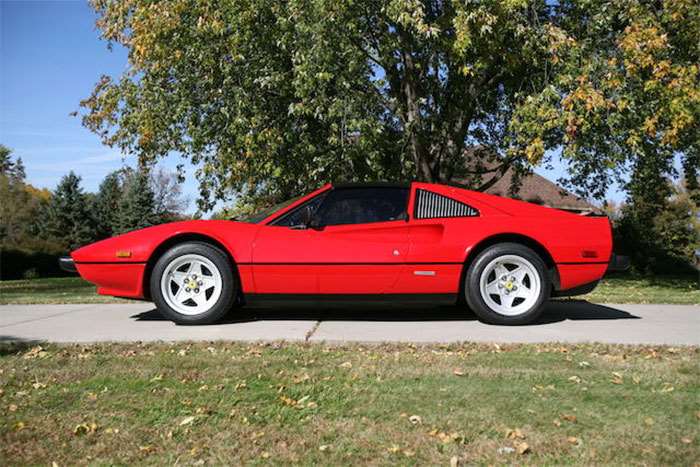 The ’80s on US TV was a heyday for car guys and gals with many shows having sweet cars that were as much characters as the human actors. We had Duke’s of Hazzard, Knight Rider, and Magnum P.I. among others. As a child of the ’80s my first exposure to Ferrari was Magnum P.I. and every time I see a Ferrari 308 GTS I think of Tom Selleck.

One of the actual cars that Selleck drove on the set of Magnum P.I. is now available for you to won via a Bonhams auction. The car is a 1984 Ferrari 308 GTS Quattrovalvole. The auction is expected to fetch $150,000- $250,000 and the car is certified to have been driven by tom Selleck on the set of the show.