If you like your FPS game on either the xbox or PS3 then this new controller might be worth a viewing.  The Mag Gun is supported by either the  360 and PS3, and has buttons that correspond to the face and trigger buttons on the controllers. Check out the video after the break to see it in action. 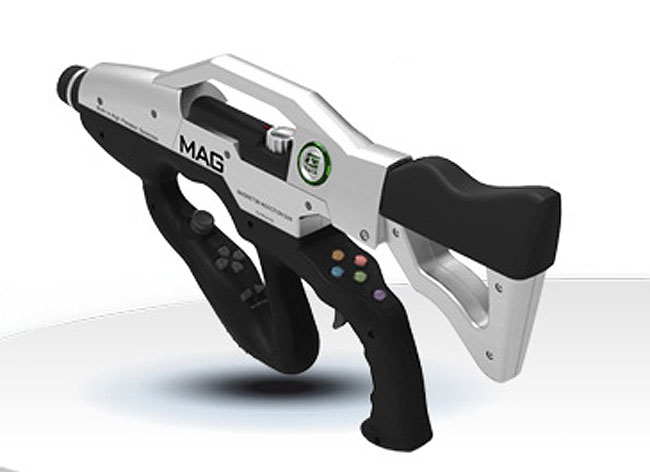 This controller has just made its way to the FCC, so it will definitely be a little while before we see the controller appear on shelves. But we will keep you posted on developments.

Unfortunately there also no information on expected prices at the moment.