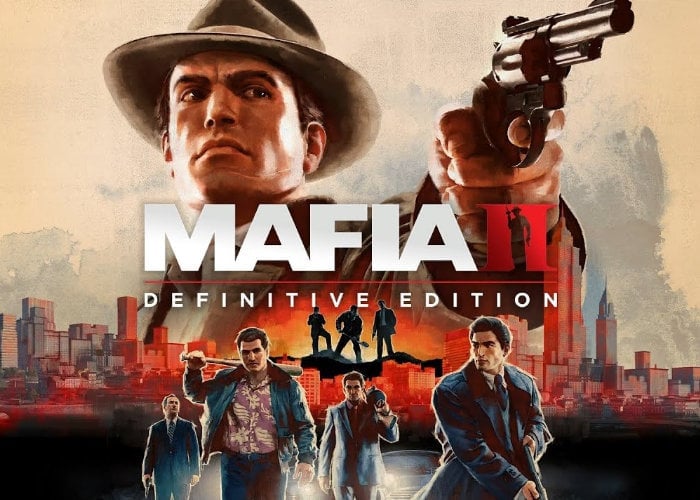 Mafia II is an open world action-adventure video game developed by 2K Czech and published by 2K Games. The game is played from a third-person perspective and its world is navigated on-foot or by vehicle. Players control Vito Scaletta, a war veteran who becomes caught up with the Mafia when trying to pay back his father’s debts.

“Mafia II takes place between two distinct time periods – the mid-1940s, and the early 1950s – within the fictional American city of Empire Bay; the game’s main story also includes an unnamed town within Sicily during the earlier time period, while the DLCs take place during the latter time period. The city is situated on the United States’ eastern coastline and divided by a river, and consists of several districts, including wealthy suburbs, slums and tenement blocks for the city’s different immigrant races, including Irish, African-American, Chinese, and Italian, and large-scale industrial complexes, with the city supported by a large port, a railroad station, a major prison outside its city limits, several parks, and a collection of shopping malls and supermarkets. There are 50 vehicles in the game as well as licensed music from the era. “