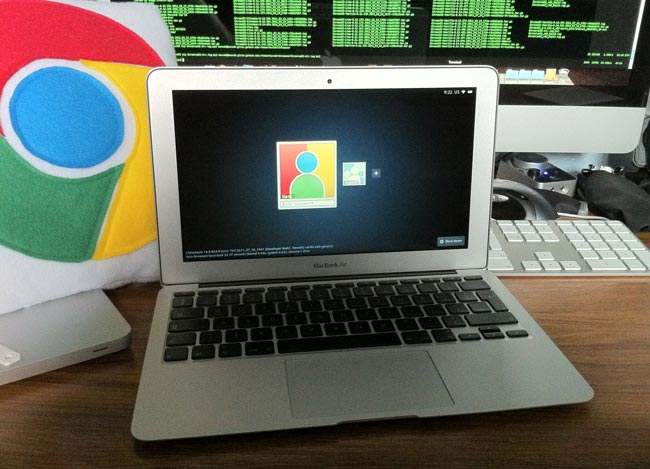 I’ve only tested this on an 11″ model of the Air (MacbookAir3,1), since that’s all I have, but I should think it’d work without issue on the 13″ version (MacbookAir3,2) too. I’ve also not tested previous generations of the Macbook Air, but I suspect they’ll work too. Infact, this image will probably work on quite a number of nVidia-based Macbook/Macbook Pro machines. I won’t be supporting anything but the MacbookAir3,1 and MacbookAir3,2 but if it just happens to work for you on something else, great!

You can find out more information on how Google’s Chrome OS was ported to the MacBook Air over at Hexxeh’s website.