Apple has released an update to its Mac OS X operating system, with Snow Leopard 10.6.5, which brings a range of bug fixes to OS X, including improved reliability with Microsoft Exchange servers, quite a few bugs fixes related to printing and many more.

You can see a full list of what is new in Mac OS X 10.6.5 below, and the update is now available to download. 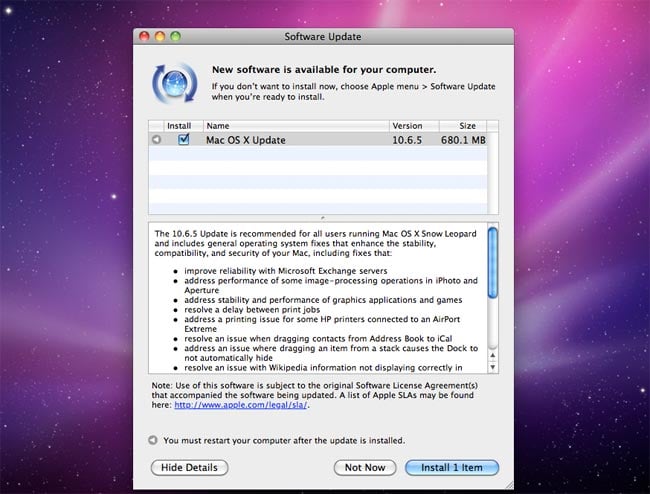