It’s nice to see that the prices for a lot of LED bulbs out there are coming down in price to the point where people are willing to spend the money on buying green lighting. A company called Luxera has announced a new LED lighting kit that includes bulbs, a smartphone control app, and a dimmer that works with LED bulbs. LED bulbs don’t always work with normal dimmer switches. 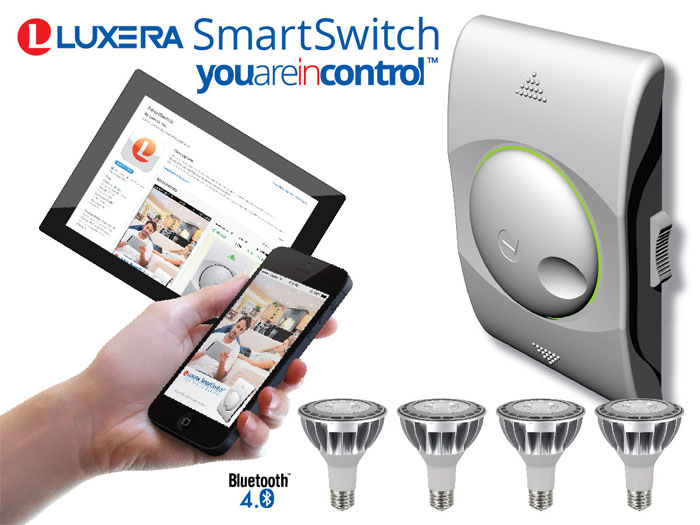 The Luxera SmartSwitch kit includes a special dimmer made specifically for LED lighting. The company says that the dimmer won’t cause flicker at any point in the dimming range. One potential downside to the system is that the dimmer has a strange look with a large rotary knob. It also doesn’t look like it would work in a room where multiple switches are in one switch plate.

The kit also includes four PAR30 LED bulbs. The bulbs are 75W incandescent replacements. The Luxera Control mobile app is also included and can be downloaded at no cost from the App Store. The entire kit sells for $199.95 and includes free shipping. There is no mention of a control app for Android users.