Back in June of 2012, a new project turned up on Kickstarter seeking funding called the LUMOback. This device is a sensor that uses Bluetooth to connect to a smartphone app to help users improve their posture. The company says that poor posture has been scientifically linked to back pain. Back pain is the second most common reason people go to the doctor according to the company. 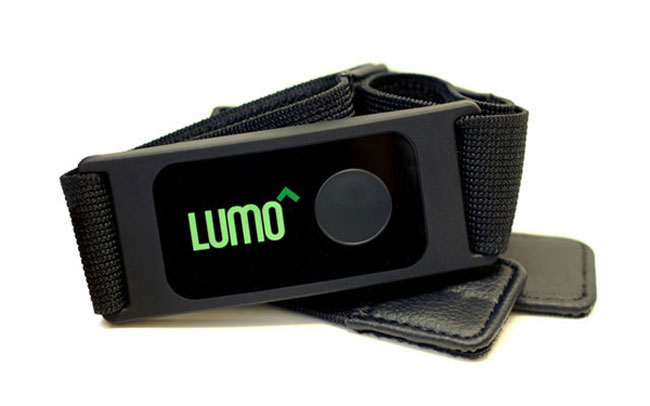 While the sensor was just a Kickstarter project last time we talked about it, the company has now announced that the sensor is available to purchase in the UK. The LUMOback sensor sells for £129.95 and is available in Apple Stores and directly from the LUMOback website. The small sensor is worn around the waist on an elastic band and sends real-time data and visualizations to the smartphone application.

The application is available for iOS gadgets. In addition to helping with posture, the application is able to monitor activity while sitting, standing, walking, running, or sleeping. It can track steps, calories burned, time standing, time sitting, and how frequently the user stands up during the day. The sensor is compatible with the iPhone 4S up and third and fourth generation iPad tablets as well as the iPad mini and fifth-generation iPod Touch.