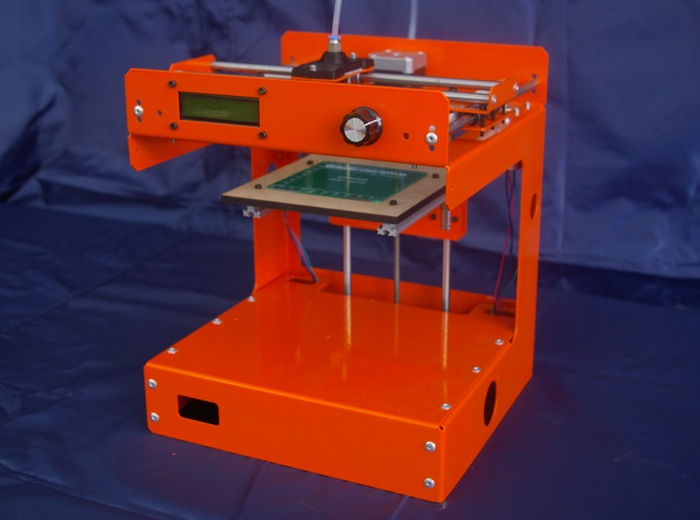 If you have been patiently to enter the 3D printing world, but have been waiting for a low-cost 3D printer to go into production. The new South African designed 3D printer might be worth more investigation and will soon be launching.

Unfortunately at the current time the 3D printer doesn’t have a product name and has been referred to internally as the ‘Babybot’. However it now offers a 200 x 200 x 150mm print area which is bigger than the originally planned 100 x 100 x 100mm, so the name no longer fits the product says its creators.

Peter van der Walt owner of the OpenHardware.co.za website has been building 3D printers over the last few years and has constructed around 150 in that time. He has now put his skills to use creating the new low-cost 3D printer that will soon be on sale for around R5,000 or US $465. He explains a little more about the printer :

“On March 23rd, I had a long conversation with our Solidworks engineer, Waleed Kahn, to start development of a small, easy to manufacture 3D printer using the same production methodology we used on the OpenCNC-ZA machines, namely sheetmetal.

By the week ending April 26th I was in Nelspruit on a project, and had a late afternoon return flight on the Saturday 26th. I had to checkout of the guesthouse early in the morning, which left me with six hours in Nelspruit and nothing else to do but park in the Wimpy at Kruger Mpumalanga, armed with a notebook and Sketchup. By the time I boarded I already sent off the files of the frame design to Waleed for review.”

For more information on the new 3D printer jump over to the htxt website for details.