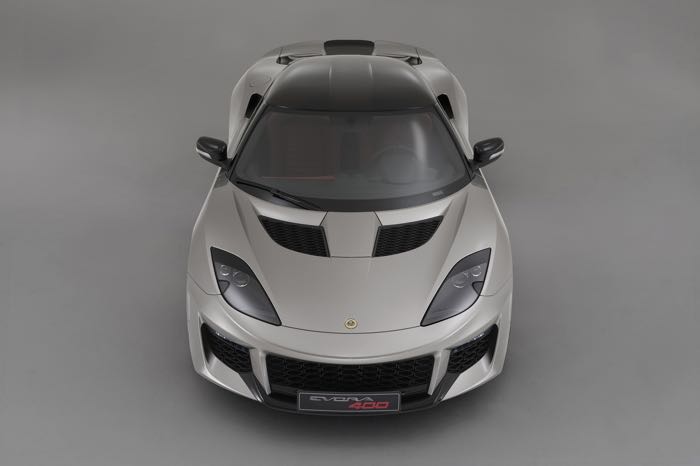 Lotus announced the Evora 400 sports car back in February and hailed the car as the fastest and most powerful production Lotus of the new millennium. The Lotus Evora 400 uses the Lotus mantra of lightweight and decent power to achieve impressive performance and handling capabilities. One of the only things we didn’t know so far about the Lotus Evora 400 was how much the car would cost.

Lotus has now announced that the car will start at £72,000 in the UK with deliveries starting in August. That much scratch buys drivers a 2+2 sports car that has been widened and lowered to make getting into and out of the cockpit easier. Power comes from a 400hp 3.5L supercharged V6 engine. The supercharger that breathes more performance into the V6 is an Edelbrock unit.

Lotus made the Evora 400 lighter than its predecessor shedding 22kg of weight from the car. Aerodynamics have also been optimized to reduce lift and to increase downforce on the car. If the thought of cramming two more people in the back of the smaller car is too much for you, there is an option to make the Evora 400 a two seater only. With the 400hp V6 under the hood the car promises to reach 60mph from a standstill in 4.1 seconds and has a top speed of 186mph.