The Logitech G930 wireless gaming headset features 7.1 channel surround sound, and can be used at a distance of up to forty meters, and it features three different programmable buttons that lets you control music, voice and morphine chat. 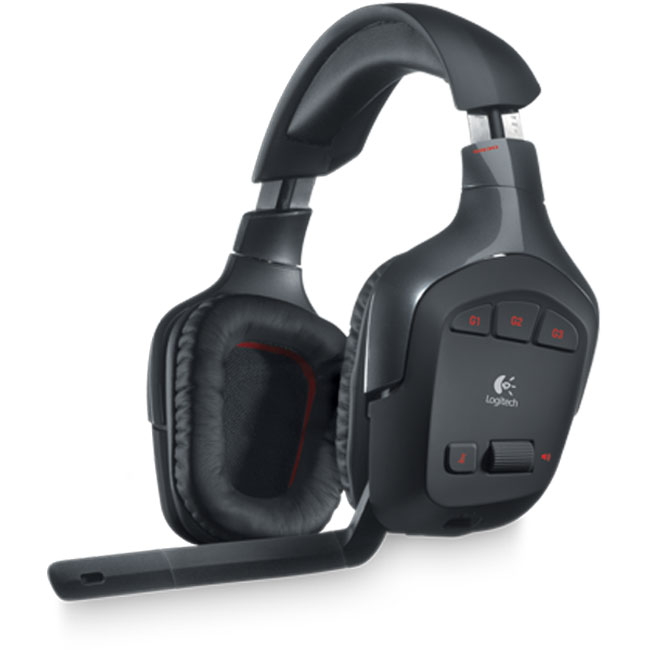 The Logitech G930 wireless gaming headset is available to pre-order for $159.99 from Logitech, you can see the full specifications in the press release below.

Logitech® Wireless Gaming Headset G930
Level up without being tied down – in 7.1 surround sound

Product Overview
The Logitech® Wireless Gaming Headset G930 lets you level up without being tied down. Gaming-grade wireless gives you a lag-free, interference-resistant connection with a range of up to 40 feet (12 meters)*-so nothing stands between you and victory. 7.1 surround sound powered by Dolby® technology delivers a detailed, positional sound field that lets you hear your opponents before they see you. You’ll have total command over music, voice morphing, chat clients and more with three programmable G-keys. And a memory foam-lined headband fends off fatigue, while plush ear pads ease pressure points and seal out unwanted noise.

Gaming-grade wireless: The G930 wireless connection is very fast, with speeds of up to 38% faster than Bluetooth®, so gamers won’t experience any delayed audio. And, the headset switches between frequencies for a lag-free, interference-resistant connection with a range of up to 40 feet.

Noise-canceling microphone: Focuses on your voice and eliminates background noise for better audio clarity. Microphone automatically mutes when rotated out of the way.