Apigy the creators of the smartphone controlled locking system called Lockitron, has this week announced they have now started taking orders for their new lock priced at $149.

Lockitron has been re-designed to easily fit over your existing locks, similar to that in the image below, and can then be controlled via your smartphone using the companion app. Watch the video after the jump to learn more about the Lockitron project and see it in action. 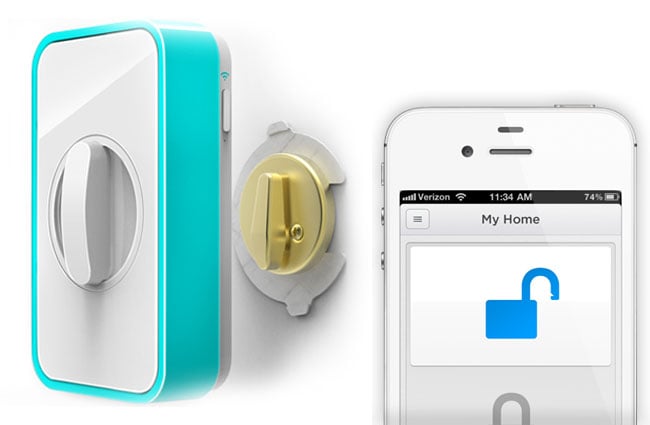 Lockitron first appear back in 2009 as a Y Combinator project but has since then progressed from using NFC and having to replace your lock, to now being easier to fit and uses the Internet and your nome network.

“Lockitron is compatible with any smartphone thanks to our mobile website. Older phones can use Lockitron through simple text message commands”-“Lockitron connects to the internet thanks to built-in WiFi. You can control Lockitron and receive notifications from Lockitron anywhere in the world.”

For more information jump over to the Lockitron website.