Logitech has announced a new pair of speakers, the Logitech Z600 Bluetooth speakers, which are designed to be used with your notebook or desktop computers.

The Logitech Z600 Bluetooth speakers will work with any audio device with a Bluetooth connection, from smartphones and tablets, to notebooks and desktops. 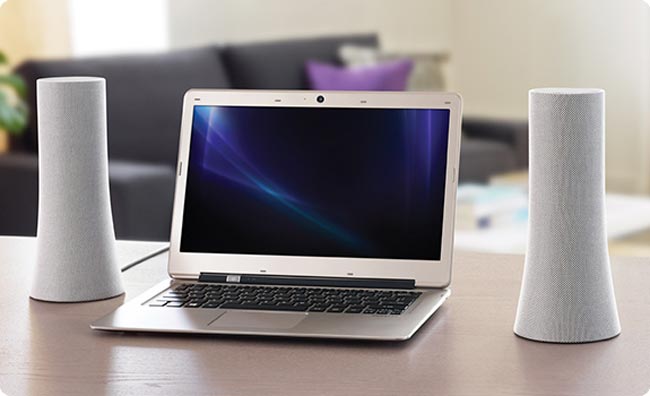 Today we’re thrilled to introduce our new Logitech® Bluetooth® Speakers Z600, a beautifully designed pair of stereo speakers with the same good looks you’re used to with Mac® and Ultrabook™ computers. Whether you’re listening to music, watching a movie, playing a game or catching up with a far-away friend, you get clear, well-defined audio.

Because in today’s world we often use other devices alongside our computer, these speakers let you effortlessly connect up to three devices at the same time through Bluetooth, so you can stream music and other audio from your computer, smartphone or tablet. Switching among devices is as easy as pressing Pause on one and pressing Play on another.

You can find out more details about the Logitech Z600 speakers over at Logitech, they are available to pre-order for £129.99.