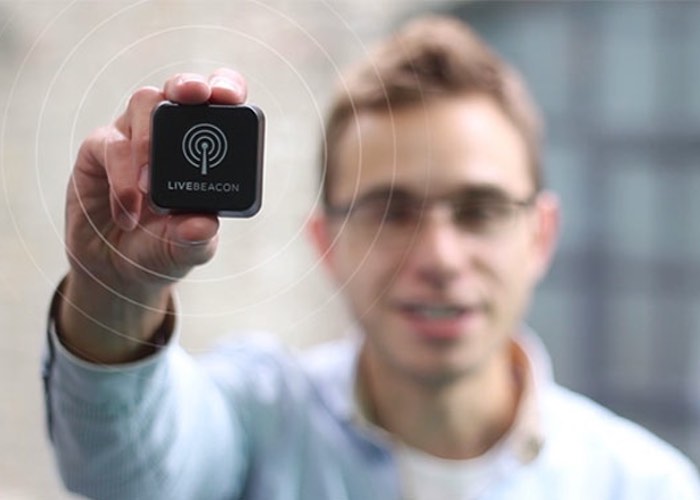 After not quite reaching their previous goal on Kickstarter, the team behind the awesome Live Beacon hardware have now re-launched the campaign setting a lower £10,000 target, which should easily be passed in the next 22 days.

Check out the video below to reacquaint yourself with the technology and design of the Live Beacon system and the small transmitters that can be placed around your business or point of interest to provide automatic information to appear on those passing by equipped with smartphone devices.

Live Beacon is a small, battery-powered, cloud-controlled device that transmits information to smartphones up to 30 meters (100 feet) away. It’s easily updated using the included Cloud Portal to broadcast any web page, video or web app. Alternatively, you can use the built-in drag and drop editor to create your own content — no coding required! With the free Live Beacon app, your iOS or Android smartphone automatically receives a notification whenever there’s a beacon nearby, and changes content as you move from beacon-to-beacon.

Replace brochures, pamphlets and anything else that’s printed with beacons that transmit online content. Save time and money printing, never run out of copies, update the content instantly, and be more environmentally friendly to boot! Create multimedia tours for cities, museums, galleries and attractions by placing beacons near points of interest. Visitors get to use their own smartphones and tablets rather than those clunky handsets.

For more information on the new Live Beacon jump over to the Kickstarter website for details by following the link below.