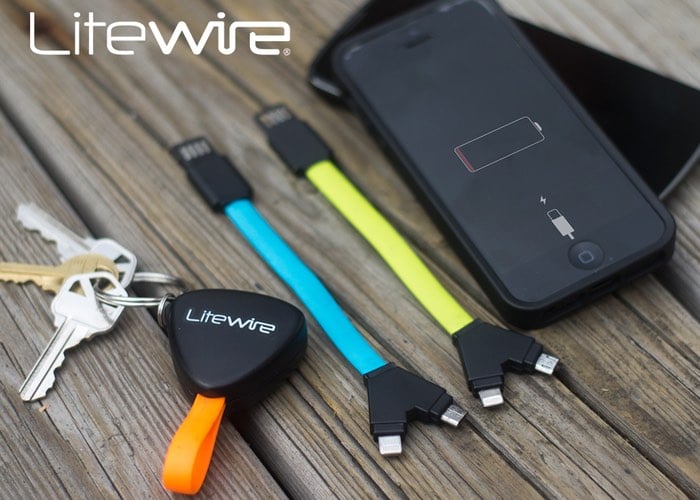 If you carry devices that require both micro-USB and Lightning connectors you may be interested in a new dual charging cable which is being created called the LiteWire.

As well as offering two connectors on one USB cable the LiteWire cable is also capable of charging your device twice as fast as a normal cable would. 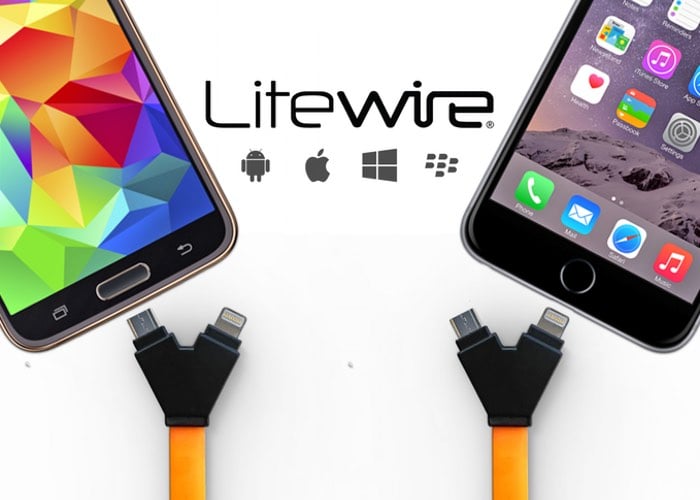 As well as protecting your data when connected to USB ports on third-party computers or systems. Watch the video below to learn more about this handy pocket -sized cable that is tangle free and equipped with both popular mobile device connections, supporting iOS, Android, Windows and Blackberry devices.

With billions of USB ports around the world, it’s easy to find a power source for our mobile devices. However, when we’re out and about, we often don’t have access to that one thing that connects our devices to the power source – a charging cable. LiteWire is a small, easy to use charging cable that will connect you to these USB ports.

LiteWire not only charges your devices up to 2x faster than standard charging cables, but it also protects it from any accidental data transfer or data theft. What’s even better is that is that it easily fits in your pocket and it’s tough enough to take on a 5000 lb minivan!

The LiteWire cable has taken to the Kickstarter crowd funding website to raise $20,000 in pledges to make the jump from concept to production. So if you think the LiteWire cable is something you could benefit from, make a pledge from just $15 and help LiteWire become a reality.