One of the main problems while typing on a touch-screen it that the user receives no tactile guide to tell you where keys are in relation to each other. Hence placing your keys ready to touch type normally causes a few accidental key strokes and a quick glance to check positioning.

Researchers from the University of Technology, Sydney are trying to correct this with a new keyboard system they have developed called LiquidKeyboard. Which appears under the users fingers here ever they may place their fingers on the screen. Watch the video after the jump to see the proof of concept demonstration ion action. 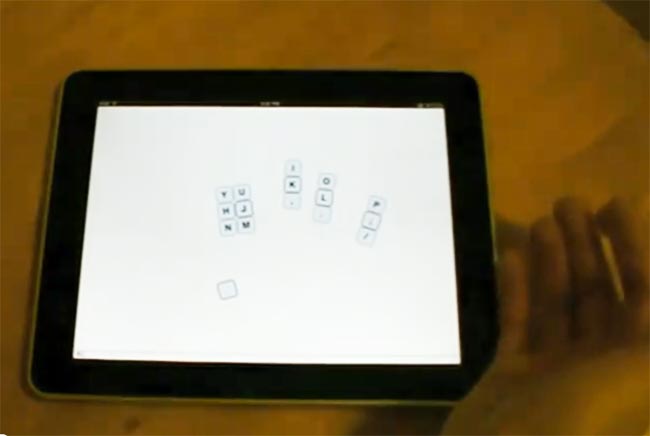 The LiquidKeyboard splits the QWERTY keyboard in key groups and allocates these to individual fingers. When a finger is moved the key group follows the sensed finger position and the keys are rotated based on the wirst position for conveniently placed keys.

The solution to the problem enables users to know exactly where keys are positioned on the keyboard as these keys are always at the same position relatively to the current finger position on the screen, without having to look.