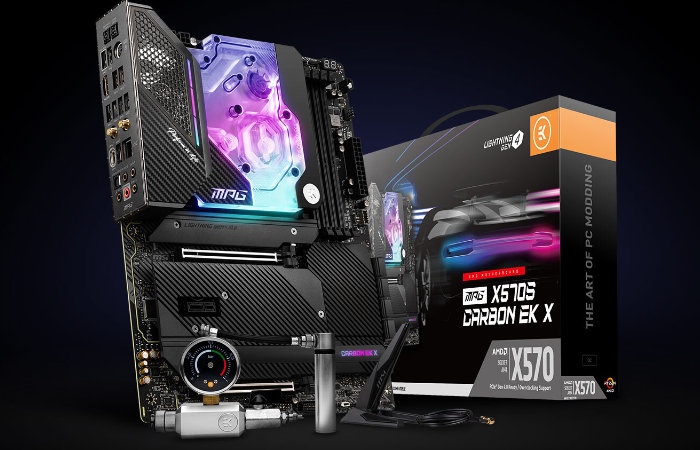 “The EK-Quantum monoblock design aesthetically blends in with the motherboard, giving it a unique look that sets it apart from the rest. The sleek, stealthy look accompanied by the carbon fiber pattern is there to remind all hard-core gamers that pushing the limit is what gaming is all about. A powerful 14+2 Duet Rail Power System with 75 A power stages provides stable power to the Ryzen CPU. The massive power delivery system allows for high overclocks and, by proxy, a great boost in performance. “ 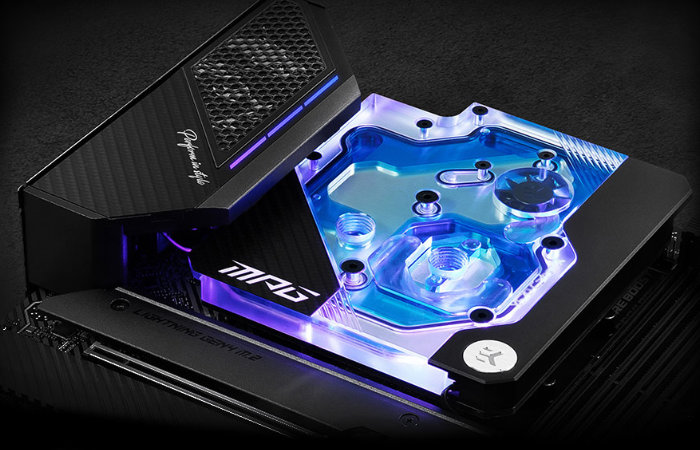