A prototype lip-reading technology is on display at CeBiT in Hanover this week that can recognise the smallest of electrical signals created by facial muscles when a person is talking, without any syllables being spoken.

Professor Tanja Shultz of the Karlsruhe Institute of Technology told the BBC  ‘I was taking the train and the person sitting next to me was constantly chatting and I thought ‘I need to change this’. 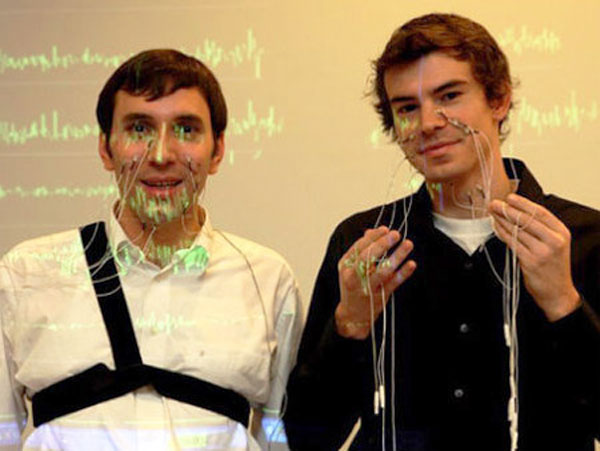 The system called silent communication and uses nine electrodes on the users face to measure the small electrical signals created by  lip muscles. It then amplifies these and sends them to a PC via Bluetooth.  The PC decodes the signals to create a synthesised voice.

NASA has looked into the technique to enable communication in noisy environments like the Space Station, Shultz said. The Technology is still in the early days of development but could one day be installed on mobile phones to aid communication.