After a quick restart the new install started counting down from around 30 minutes but took a lot less on my iMac, but the install time will depend on the machine its being installed on.The installation process was extremely straight forward with no problems or glitches of any kind.

With regards the look of the new Os X Lion, even though there have been a few tweaks to the overall style of Lion OS X in certain places such as menus, applications and the like, the overall feel is very similar to OS X Snow Leopard. One thing that is noticeable within OS X Lion is the speed at which commands are process when compared to the older OS X Snow Leopard. 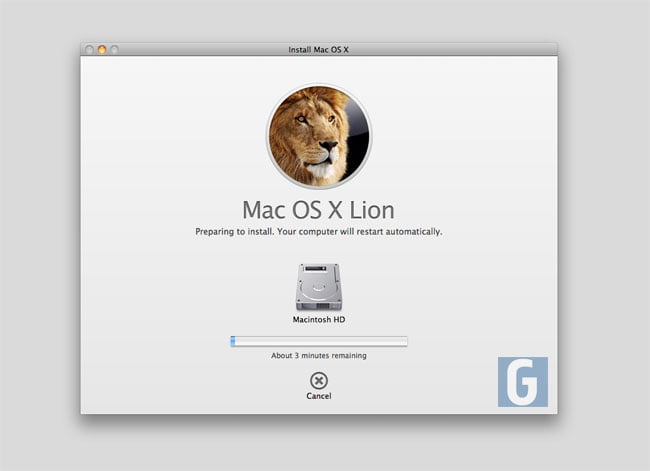 One of the big changes for me is the way Expose & Spaces have now been combined into the new Mission Control feature. I have played with the new system briefly within developer releases but now having it on my main work Mac I’m still not 100% sold on the new changes. But this might change as I use the features a little more.

The main thing that has changed regards Expose & Spaces is the size of the spaces, desktops rather which are now located at the top in one long line of 16 (optional). Rather than over the whole screen, and the more desktops you add the smaller icons get (upto a max of 16). Personally I would preferred to see the larger grid layout and navigate that way dragging apps from one to another. Maybe there is already a preference for this somewhere which I haven’t found as yet. If there is please let me know.

Other features within the new OS X Lion include the new Launchpad view which allows you to navigate quickly through pages of your installed applications using gestures or curser keys. Once launched you can now run the apps at full screen and run multiple apps at the same time. Again a neat feature but not sure if I will use it as much as the Dock for quick app selections, but still a nice way to navigate your applications in style. 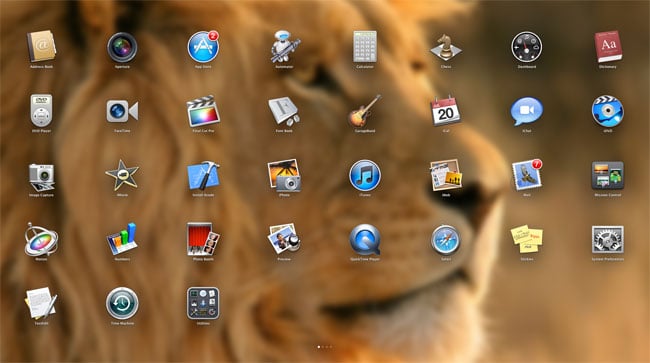 One of the great new feature especially if you like gesture controls as I do are the multi-touch gesture enhancements that come with OS X Lion, which now include realistic animations to make the gestures feel a little more natural and direct.