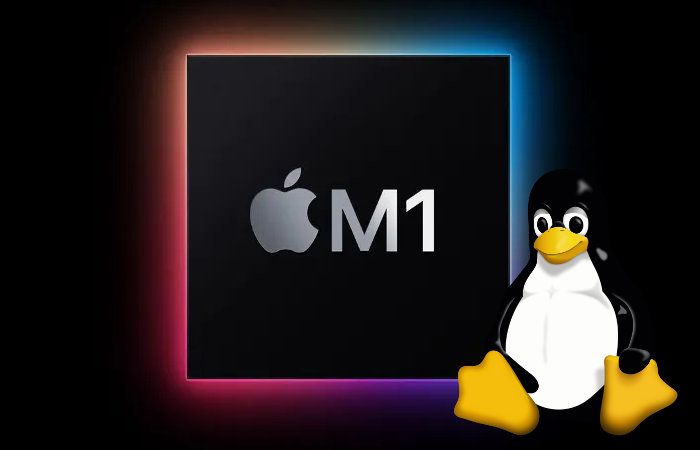 Linux users maybe interested to learn that the latest Linux Kernel 5.13 now supports the new Apple M1 processor currently in the latest MacBook Air and Mac mini systems available from Apple. The new support removes the need to run Linux on M1 powered systems using virtual machines, allowing the Linux kernel to take advantage of the maximum performance available from the awesome M1 chip. The team over at the Phoronix has already put the latest Linux Kernel through its paces and reports that Linux 5.13 “brings initial but still early support for the Apple M1 with basic support but not yet accelerated graphics and a lot more to iron out moving ahead”.

As well as support for the M1 Mac chip the latest Linux Kernel 5.13 also features additional security in the form of Landlocked LSM, Clang CFI support, and optionally randomizing the kernel stack offset at each system call as well as support for FreeSync HDMI. The announcement of the release of the latest Linux Kernel 5.13 with Apple M1 chip support was made by by Linus Torvalds who explained a little more about the features of the latest release.

“So we had quite the calm week since rc7, and I see no reason to delay 5.13. The shortlog for the week is tiny, with just 88 non-merge commits (and a few of those are just reverts). It’s a fairly random mix of fixes, and being so small I’d just suggest people scan the appended shortlog for what happened.

Of course, if the last week was small and calm, 5.13 overall is actually fairly large. In fact, it’s one of the bigger 5.x releases, with over 16k commits (over 17k if you count merges), from over 2k developers. But it’s a “big all over” kind of thing, not something particular that stands out as particularly unusual. Some of the extra size might just be because 5.12 had that extra rc week.

And with 5.13 out the door, that obviously means that the merge window for 5.14 will be starting tomorrow. I already have a few pull requests for it pending, but as usual, I’d ask people to give the final 5.13 at least a quick test before moving on to the exciting new pending stuff..”