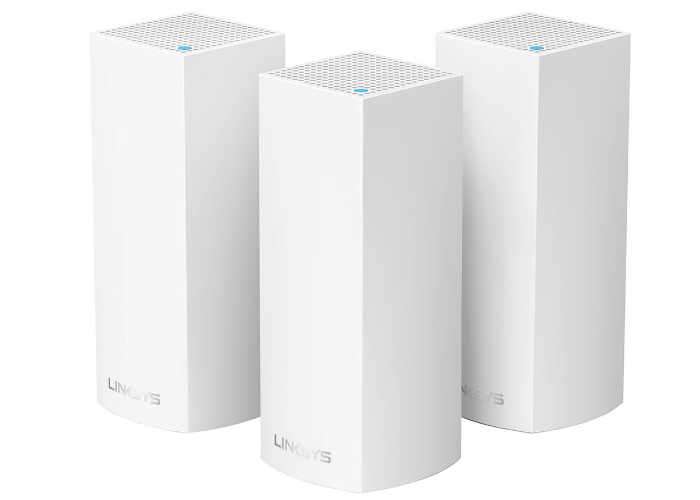 Linksys has unveiled a new router the company has created in the form of the Velop the first Tri-Band modular Wi-Fi system that can be installed in various mesh configurations.

Once installed the Velop is capable of providing fast and reliable wireless connectivity to the edge of a home network, says Belkin and sports a clean and attractive design allowing it to be positioned almost anywhere.

Linksys, the home router pioneer and first to sell 100 million routers globally, today announced the introduction of Velop, its premier Whole Home Wi-Fi product. Each Velop “node” is a powerful Tri-Band AC2200 device that serves as router, range extender, access point, and bridge which provides users the future proof technology they need as they bring new and more devices into the home.

The Linksys Velop router uses the three radios dynamically to determine the optimal path from the modem and “parent” node to each “child” node to ensure the fastest speeds to all client devices, regardless of which node they are connected to. Each node is configured during setup by the accompanying Linksys app (available for iOS and Android), which provides the industry’s simplest and most intuitive setup leveraging Bluetooth to securely communicate between the mobile device and each node.

After setup is complete, the Linksys app serves as a powerful Wi-Fi management tool with useful features, such as guest access, parental controls, device prioritization, and more. Velop helps users get the most out of their broadband subscription by delivering 100% of their Internet speed to the edge of their network. Velop is available in 3-pack, 2-pack and 1-pack options. Linksys is launching Velop globally with retail, ecommerce, and service provider partners, including Best Buy, Amazon, Curry’s, PC World, and PCCW.

This is why I purchased Linksys in 2013. I had a vision of solving a huge problem in almost everyone’s life- slow and unreliable Wi-Fi. Linksys has always been pioneers in home networking and I knew this was the team that could innovate and deliver the ultimate Wi-Fi experience. Velop is a union of performance, design, and ease-of-use and provides what everyone wants – seamless, reliable Wi-Fi. Linksys has set the bar for true mesh networking systems.