LinkedIn has announced their latest milestone, they now have more than 200 million members around the world in a total of 200 different countries and 19 languages, and they are adding around two new members to the site every second. 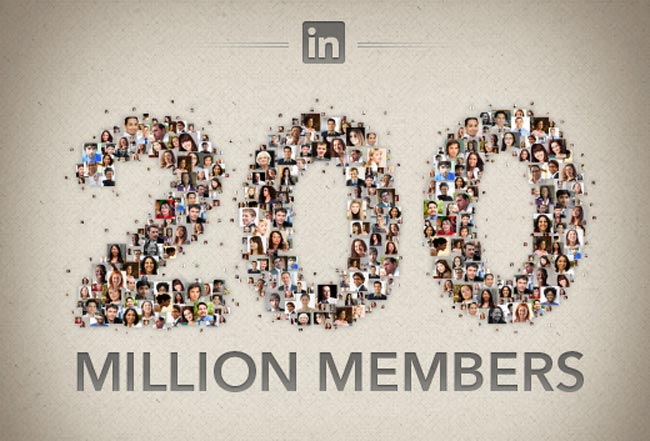 “I’d like to thank each of you for helping build the LinkedIn network into what it is today,” Deep Nishar, the company’s Senior Vice President of Products & User Experience at LinkedIn, said in the announcement. “It’s been amazing to see how our members have been able to transform their professional lives through LinkedIn.”

They also revealed some details on which industries have the most members, with information technology and services at number one with 4 million, followed by financial services at 2.03 million and higher education with 1.95 million.