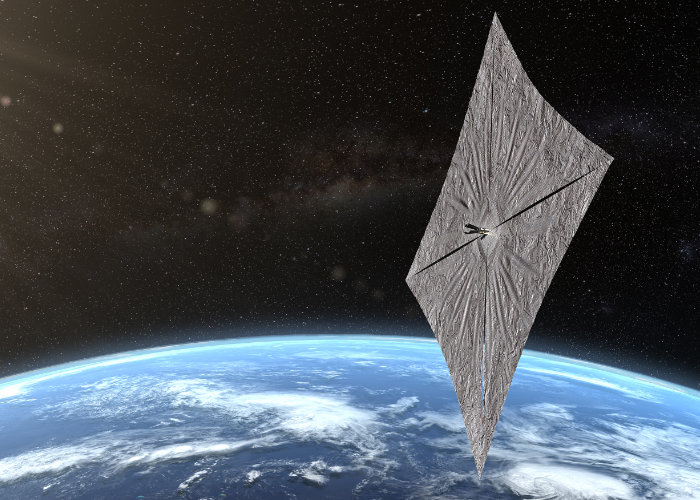 The Planetary Society has announced this week that LightSail 2 has now deployed it solar sail and has entered its solar surfing mode. The small prototype LightSail 2 spacecraft was launched into orbit via SpaceX Falcon rocket last month. Funds to help progress the development of the solar sail research was gained after a successful crowdfunding campaign. The Planetary Society, a global non-profit organisation devoted to space exploration.

The design has been created to use the sun’s rays to propel future spacecraft through space and the LightSail 2 is currently using this technology to orbit the Earth, which it will do so for up to 12 months before collapsing the sale once again and burning up in the atmosphere. The LightSail spacecraft core measures 10 × 10 × 30 cm, and its kite-shaped solar sail deploys into a total area of 32 square meters (340 sq ft).

“All indications are that LightSail 2’s solar sail has deployed successfully. Flight controllers sent the deployment command at approximately 11:45 PDT (18:45 UTC). Telemetry showed the motor count increasing as expected, and the motor appeared to halt at the correct time. LightSail 2’s cameras also appeared to capture imagery as planned. The mission team will now confirm successful deployment by downloading imagery during subsuquent ground station passes today. The next Cal Poly pass begins at about 13:25 PDT (20:25 UTC).”

For full updates on the ongoing testing of the solar sail on the progress of LightSail 2 jump over to the Planetary Society website by following the link below.