There are a number of manufacturers showing off different tablet computers at this years Computex, one of them is LG with the LG UX10 Tablet. The LG UX10 tablet features a 10 inch display and is powered by an Intel Atom Z530 processor.

Other specifications include 1GB of memory, plus 120GB of built in storage and a microSD card slot for expansion, there is also integrated 802.11 b/g/n WiFi, a 1.3 megapixel web camera, HD audio and Gigabit Ethernet. 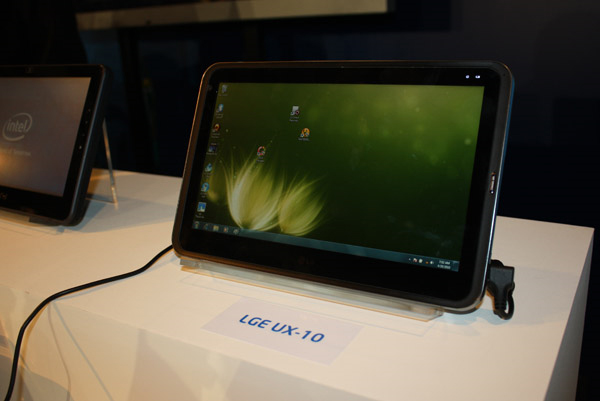 The LG UX10 tablet also features a built in micfo-HDMI port which means it will be able to playback HD video ion your HD TV. It will come with Windows 7 and features a 7500 mAh battery.

There are no details as yet on when the LG UX10 tablet will go on sale and how much it will retail for, as soon as we get some more information, we will let you guys know.