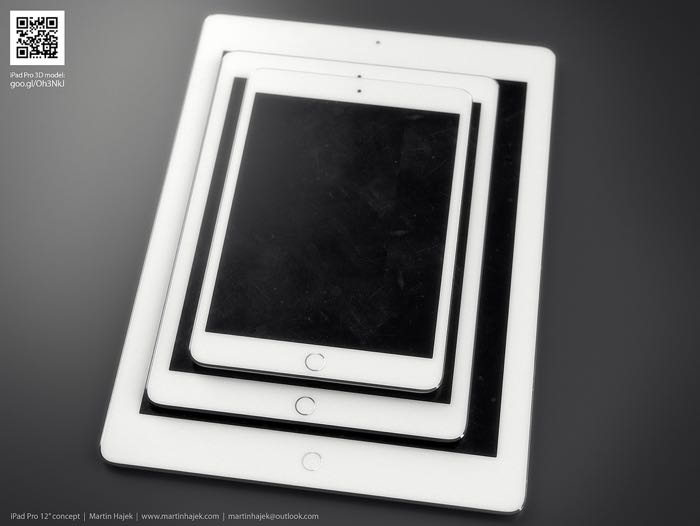 Apple is expected to release a larger 12.9 inch iPad Pro tablet later this year and according to a recent report, LG is making the display for the device.

The news comes in a report from ET News who have been informed by an LG executive that the company is making the display for the device.

“Investment to produce 30,000 sheets next year’s second quarter have started. Apple is creating iPads with 12.9 inch display, which shows they are increasing the panel size. And because so, we are planning in expanding production rate as well.”

As well as the larger display the new 12.9 inch iPad Pro is also rumored to come with a new processor which could be a new version of the Apple A9, possibly the Apple A9X.

Apple is expected to use their new A9 processors in the iPhone 6S and iPhone 6S Plus and the new Apple A9X in their next generation tablets.

As yet there are no details on when Apple will unveil their larger iPad, as soon as we get some more details, we will let you guys know.