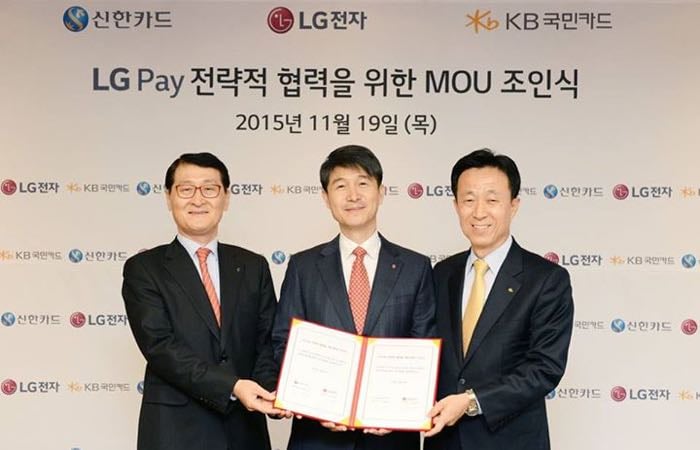 The company has not provided any details on how the system will work, although they did announce that it will only be available in South Korea at launch.

LG announced partnerships with  Shinhan Card and KB Kookmin Card for their new mobile payment system and have said that they will provide more details about the system in the coming weeks.

It’s official! We have partnered with Shinhan Card and KB Kookmin Card to prepare for the launch of LG Pay.

LG has not revealed any details on how the system will work, although a recent report has suggested that LG Pay will come with a separate card that is used for payments, this card will apparently work in conjunction with your smartphone and we presume will be used to replace all of your credit and debit cards.

This system is completely different than the ones offered by Apple and Samsung, both companies use their smartphones to replace your credit and debit cards, of course this is just speculation at the moment on how LG’s new mobile payment system will work.

LG will apparently provide more details about LG Pay in December although it looks like the service may not actually launch until early next year.