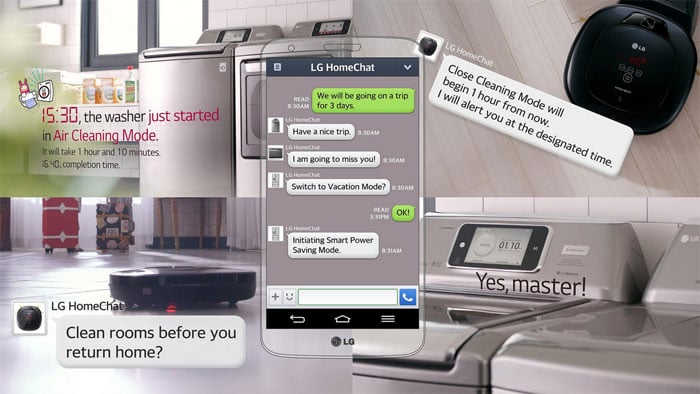 LG says that with the adoption rate of LINE many people would have no learning curve in order to communicate with their appliances. The LG HomeChat service allows the appliances to understand natural language commands sent over the LINE application. The idea is that the user could send a message to the appliances telling them something like “I will be on vacation for three days.”

The appliances could respond with a question like “Should I go into vacation mode?” If the owner replies yes, then the appliances will enter their power saving modes and vacation schedules for tasks. Smart Appliances have been a big category at CES over the last few years. The idea of the system is to allow users to control their appliances without needing another device to do so.