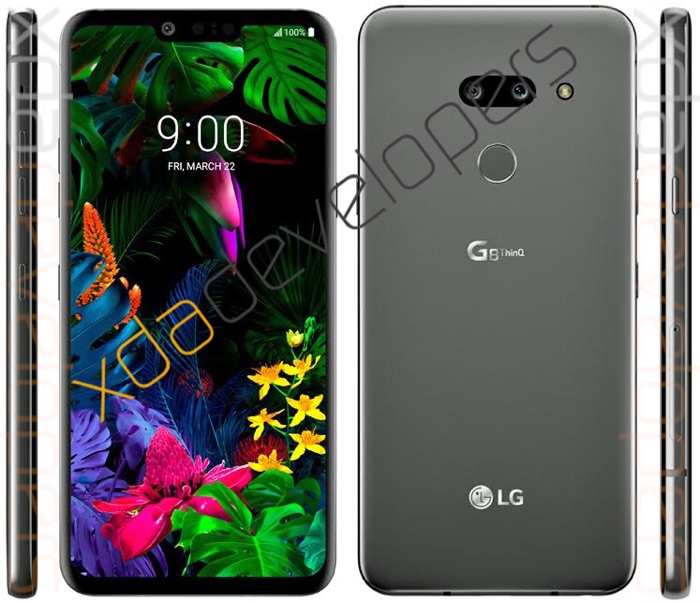 It looks like we have some details on the new LG G8 ThinQ smartphone, the G7 ThinQ launched in May of last year, its replacement will launch a little earlier this year.

According to a recent report, the LG G8 ThinQ will be launching at Mobile World Congress 2019 which takes place next month.

The new G8 ThinQ will apparently have a similar design to the existing device, the handset can be seen in the leaked press render above. The handset is rumored to come with a 6.1 inch QHD+ display and will apparently feature a Qualcomm Snapdragon 855 processor and 6GB of RAM.

Mobile World Congress takes place in Barcelona between the 25th and 28th if February, we will have more details about the new G8 ThinQ at next months MWC.