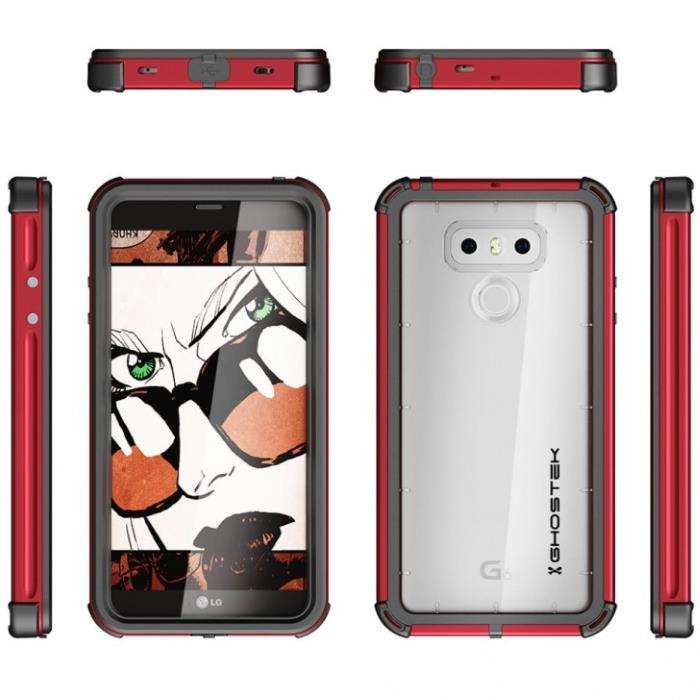 LG has scheduled an event at the Mobile World Congress, and most rumors point at the launch of the highly anticipated LG G6 smartphone.

Recently, some press renders of the alleged LG G6 made their way on to the internet. The leaked images apparently shows the alleged handset in a case from Ghostek.

It’s nothing new as case manufacturers usually get the images and dimensions of the handset ahead of the launch so they can get the cases ready before the devices make their way into the market. And, on several occasions, the images are leaked on to the internet before the company officially announces the handset. The image shows that the design is in line with the previous flagship devices from the company, and possibly a fingerprint sensor on the back of the device with a dual camera setup.

Rumors suggest the handset is expected to drop the modular design, and ship with a 5.7-inch display sporting a resolution of 2560 by 1440 pixels resolution, a Snapdragon 835 processor, and Android 7.0 Nougat pre-installed out of the box.