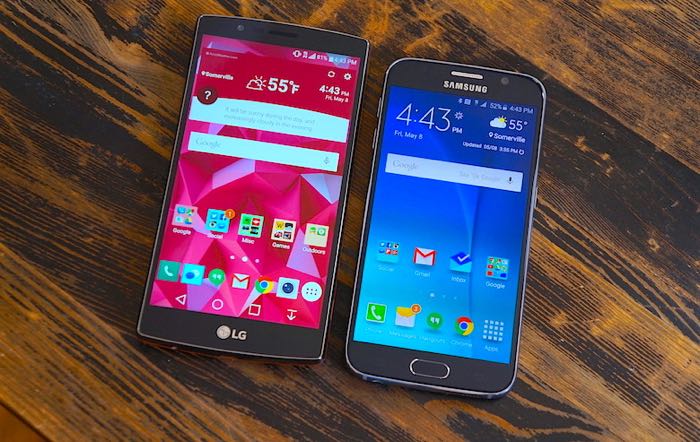 LG recently launched their latest flagship smartphone, the new LG G4 and now we have a video which shows how the handset compares to Samsung’s flagship handset, the Galaxy S6.

The video below gives us a look at the new LG G4 and also Samsung’s Galaxy S6 handset, the video was put together buy the guys over at Pocket Now.

The LG G4 comes with a hexa core Snapdragon 808 processor, 3GB of RAM and a 5.5 inch display with a QHD resolution of 2560 x 1440 pixels. The device also has a 16 megapixel camera and Android Lollipop.

The Samsung Galaxy S6 features a 5.2 inch Quad HD display, it comes with an octa core Samsung Exynos 7420 processor and 3GB of RAM, plus a 16 megapixel camera and Android Lollipop.