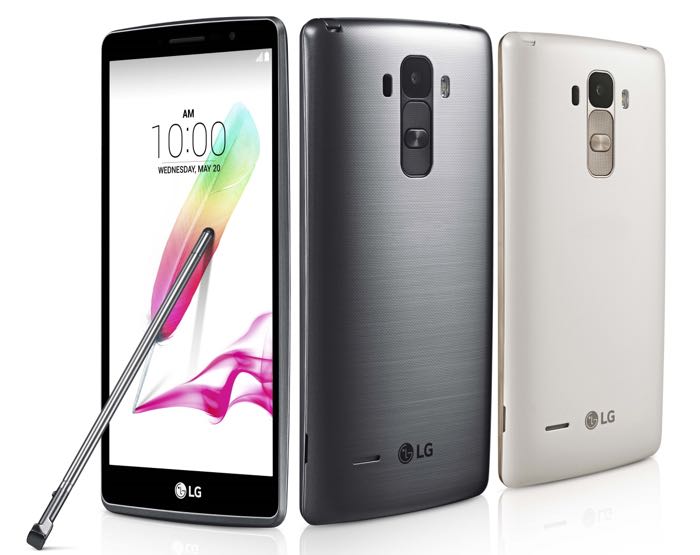 As well as announcing the new LG G4c smartphone, LG also announced the launch of a new Phablet, the LG G4 Stylus.

The LG G4 Stylus shares a similar design to the LG G4 and the LG G4c and the handset comes with a larger display which measures 5.7 inches which has a HD resolution of 1280 x 720 pixels.

The G4 Stylus will be available in both 3G and 4G models, the 3G version of the phablet has a 1.4GHz octa core processor and the 4G model has a quad core 1.2GHz processor.

Both versions of the handset come with 1GB of RAM and 8GB of built in storage, plus there is also a microSD card slot if you need additional storage.

Other specifications on the LG G4 Stylus include WiFi, Bluetooth 4.1, NFC, A-GPS, Glonass, USB 2.0 and a Stylus, the device will be available in two colors Metallic Silver and Floral White.

The handset will be launching in select countries over the next few weeks, as yet there are no details on pricing.