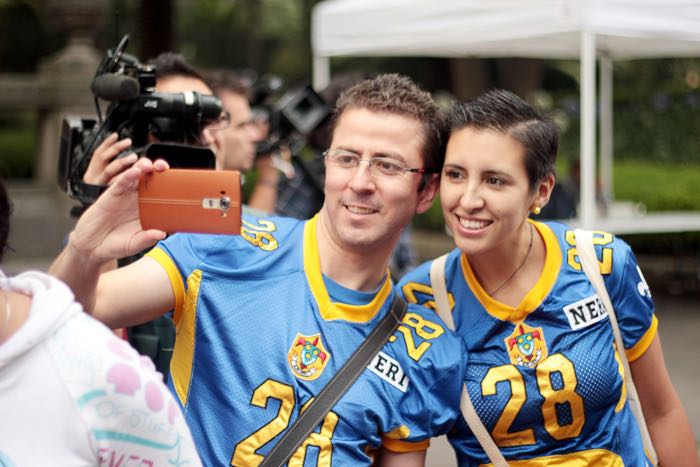 LG has managed to set a new world record for taking Selfies using their LG G4 smartphone, the company managed to get themselves in the Guinness Book of Records for the ‘longest selfie relay chain’.

Earlier this month LG got together 2,500 people in Mexico City and took a total of 746 consecutive selfies, the previous record was for 531 selfies.

“With one selfie taken approximately every 10 seconds, the LG G4 used for the record attempt managed to go the distance without needing a recharge or a battery swap,” said Daniel Aguilar, who coordinated the event for LG Electronics Mexico. “The G4 still had plenty of juice left but we ran out of people.”

It took LG a couple of hours to take the 746 selfies, we wonder what the next record for selfies will be, we suspect someone will be able to break this one soon.